In order to better understand the departments ranked in the Philosophical Gourmet Report (PGR) and how they are connected to non-ranked departments, in the past few weeks I went to the placement webpages of PGR ranked departments and tabulated the information on those websites.

I broke down the placements into five categories:

1) I am not as familiar with how positions are categorized in other countries, and so I focused only on the placements of the fifty ranked programs in the US.

4) My sense is that departments are often adding or otherwise changing information to the placement pages. So what follows is based just on the data on departments' webpages in October 2014. 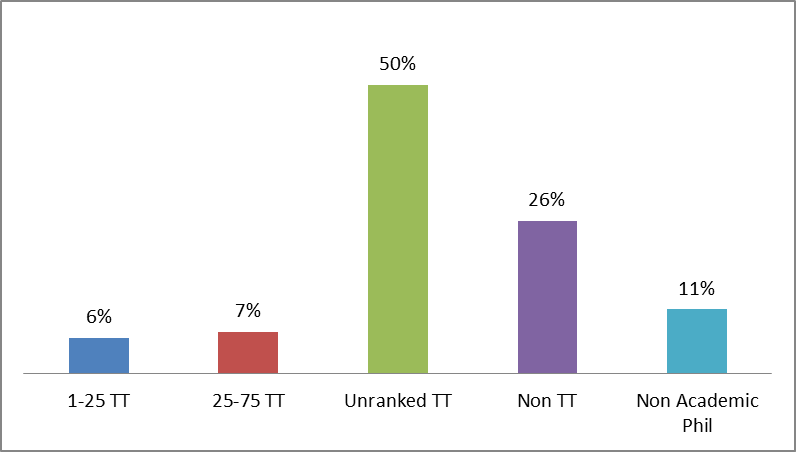 
A breakdown of the data for individual departments can be found here. The percentages for each of the ranked departments in the US are as follows.